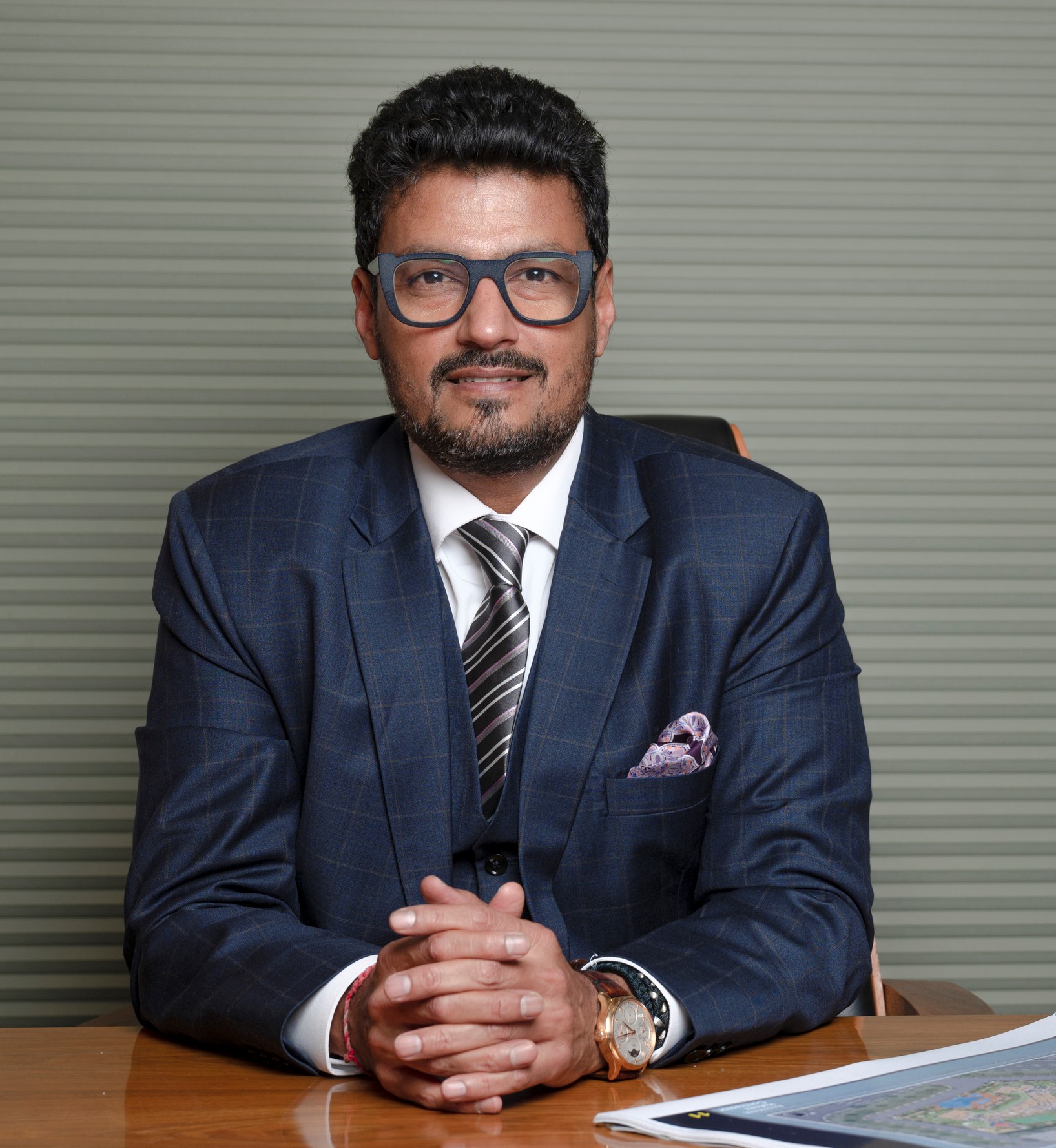 Mr.  Jaxay Shah is the Chairman of the ASSOCHAM Western Region Development Council. He is also the Founder and Chief Managing Director of the Savvy Group of Companies, a professional construction conglomerate that he established in 1996. Furthermore, he is the former Chairman of theConfederation of Real Estate Developers’ Association of India (CREDAI), the apex body of private Real Estate developers in India, representing 11,940 developers through 23 states and 204 city chapters.

Under his leadership, CREDAI joined the ‘National Mission of Housing for All’ by launching more than 375 Affordable Housing Projects comprising 250,000 units by CREDAI member developers across the country. He played a key role in CREDAI’s Skill Development program, which now trains more than 1,00,000 construction workers every year. He was also involved in the CREDAI Clean City Mission which focused on a pan-India vision for Solid State Management. He was instrumental in establishing CREDAI Women and Youth Wing as an endeavour toward gender equality in real estate.

Mr. Jaxay Shah stands as an Advisor and Mentor at the PharmEasy Accelerator Program, which offers 1 lakh+ medicine and health products across various categories across the country. He is also a Promotional Director of Kensville Golf and Country Club as well as Savvy Swaraaj Sports Academy, and a trustee of LAA (LD College of Engineering Alumni Association) as well as JYOT (NGO).

He is also an environment and sustainability crusader and is working towards eco-friendly construction through renewable technology for a better planet.

He represents QCI on the Board of Directors of ONDC with other luminaries like, Dr RS Sharma, CEO, NHA; Sh. Anil Agrawal, Additional Secretary, DPIIT and Sh. Adil Zainulbhai, Chairman, Capacity Building Commission, which is also guided by an Advisory Council chaired by Hon’ble Commerce & Industry Minister Sh. Piyush Goyal and joined by members such as Sh. Nandan Nilekani, Ms. Anjali Bansal and Sh. Arvind Gupta.

Dr. Ravi P. Singh is the 4th Secretary General of Quality Council of India an independent organization under Department for Promotion of Industry and Internal Trade, Government of India. He heads the organization which has the mandate to improve the quality of products, processes and services in sectors like education, healthcare, skills training, manufacturing etc.

Prior to being appointed as Secretary General by the Government of India, Dr. Singh served IGNOU as the Director of Regional Services Division and then as the Senior Regional Director in Delhi.

Dr. Singh was formerly the founder Vice Chancellor of Sharda University at Greater Noida. He joined this position on leave from Punjab Technical University where he continued as Dean from 2003-2009.

Dr. Singh started his career as an Assistant Director in All India Council for Technical Education in 1996 and continued as Deputy Director till 2003. He held various important positions like Regional Officer of the Northern Regional Office at Kanpur during 1996-1999 and later as the regional Officer of Eastern Regional Office at Kolkata during 2000-2001. He has been an academic administrator since 1996 and has made exceptional contributions in policy planning, accreditation, use of ICT in classroom learning, flexible credit based system implementation, research and development.

Ever since joining QCI, Dr. Singh has initiated various innovative schemes and projects for quality intervention at grassroots level. Under his leadership, QCI is presently involved in Zero Defect, Zero Effect Maturity Model implementation in manufacturing as well as Competence Certification of Yoga Professionals around the world. Dr. Singh is known for his frank ideas and writes regularly in magazines and journals. He sits on various Boards and Committees in Government as well as Industry and travels extensively in India and abroad

Born in Varanasi, Dr. Singh completed his Bachelors and Masters in Physics from Banaras Hindu University. He was the Gold Medal winner at Masters level in Physics and pursued his Ph.D and Post-doctoral work in Condensed Matter from University of Western Ontario, Canada during 1989-1995.

Mr Mehta is former member of Research Council of Central Building Research Institute, Roorkee ( CSIR-CBRI), Lalit Kala Academy and Chairman of All India Board of Architecture, Town Planning & Applied Art Education of AICTE. He has been member of National Board of Accreditation, GATE Committee of Ministry of Education and several other forums concerned with development of higher Education in India. He has also been a member of Expert Committee of Ministry of Commerce on Services.

Mr Mehta has represented India at WTO and has participated in several Bilateral and Multilateral negotiations on Market Access for professionals. He has also presented a paper of Recognition of Qualification at WTO, Geneva. He has spoken, as Key Note Speaker, at several national and International forums on subject of Architectural Education, Higher Education, Urban Design and Urban Management, General Agreement on Trade in Services, Professional Practice etc.

Extensively travelled, Mr Mehta is in active practice since 1979 and he is the Architect for the Redevelopment of Connaught Place, New Delhi. He holds post graduate qualification in Urban Design and is an Alumnus of School of Planning and Architecture, New Delhi. He has been a Visiting Professor at his alma mater for over two decades.

Mr Mehta is also Director of Bhagwan Mahaveer Viklang Sahayata Samiti (BMVSS) known for Jaipur Foot. Over 2 million disabled persons across the globe are the beneficiary of the assistive devices provided by BMVSS, free of cost. Mr Mehta is a recipient of Helen Keller Award for service to Disabled.